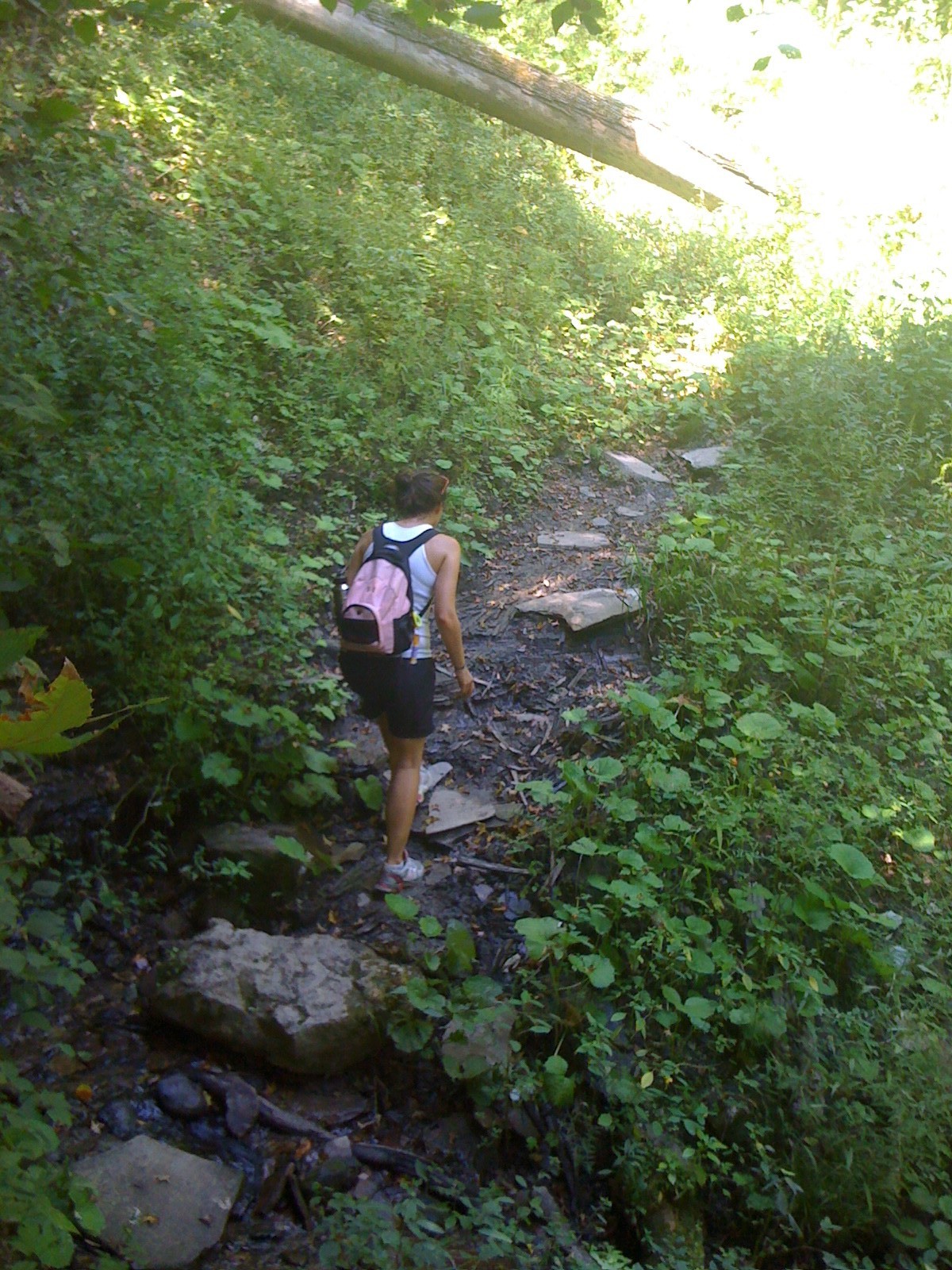 This post is the fist installment in a series of updates from Chip and Alexis’s Dream Share roadtrip across the country.

We are on the open road!!! Watch your cars!

Day 1, or The Day of No Return
Chip and I left Friday around 2 p.m. with a loaded up Oldsmobile filled with a box of books, a box of Costco food (beans or dried fruit anyone?), a cooler, two sleeping bags, one tent, two backpacks, a hot plate, grill, one atlas, one suduko book, various cameras and one box of blush Franzia. 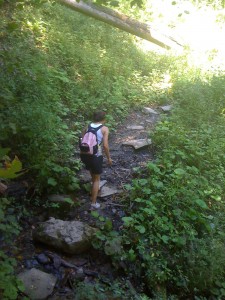 After a long hour and a half drive we ended up in Hagerstown, Maryland! We paid a ridiculous $47 to camp, set up our tent with no problems, made spaghetti with tomatoes purchased from the side of the road, and then settled in to watch Flipper with the other five year olds in the camp.

Day 2, The Actual Day of No Return, or We Aren’t in Maryland Anymore


After showering and leaving Hagerstown, we decided to drive to Pittsburgh for the day, then camp in PA for the night. We went to Point State Park and walked a very long time, all the way to Rivers Casino where we got free drinks from the complimentary beverage station! Drove downtown, went into The Orginal Hot Dog Shop, got a three dollar Yuengling, then headed out to Bear Run campground (there are no actual bears) in Portersville, PA. This campground was beautiful, and we elected to stay in the “primitive” area, with no electricity, water…just you in the woods. It was pretty fun, we learned to build a fire and cook Trader Joe’s Spaghetti O’s on a charcoal grill.

Day 3, Sunday, Wilderness Extravaganza
We woke up, drank our V8 cans and then hit up the 12 mile Slippery Rock Gorge Trail for a beautiful hike. We thought the trail was six miles in total (three there, three back), we thought it was six total. Whoops. We ended up hiking halfway there, halfway back. This was insane. At one point Chip actually pushed me up the very last part of a killer hill. Needless to say, it hurts to sit down today. After a stop at the gas station on the way home to refuel and steal mayo packets, we ended up back at our campground and saw no one there. No one. We didn’t understand what happened until we realized it was Sunday night. Everyone else went back home! Feeling a little creeped out, we got in our tent fairly early last night, and I had a dream there was an ax murderer loose in the camp.

Day 4: Out of Pennsylvania, Onto Ohio!
We drove all this morning, stopped at Wal-Mart for essentials (tongs for the grill, deoderant for Chip, ahem) and to eat our almond butter-banana sandwiches. Now we are in Columbus, Ohio in Cup O Joe, making use of the free Internet. We are headed to a campground outside of Cinncinatti in a bit for the next few days and before we interview LaMarque Ward, the founder of the Cincinnati Dream Academy, an organization that uses basketball as a tool for character education.

We’re about to head out on the road again to our campground. Pretzel rods here we come!