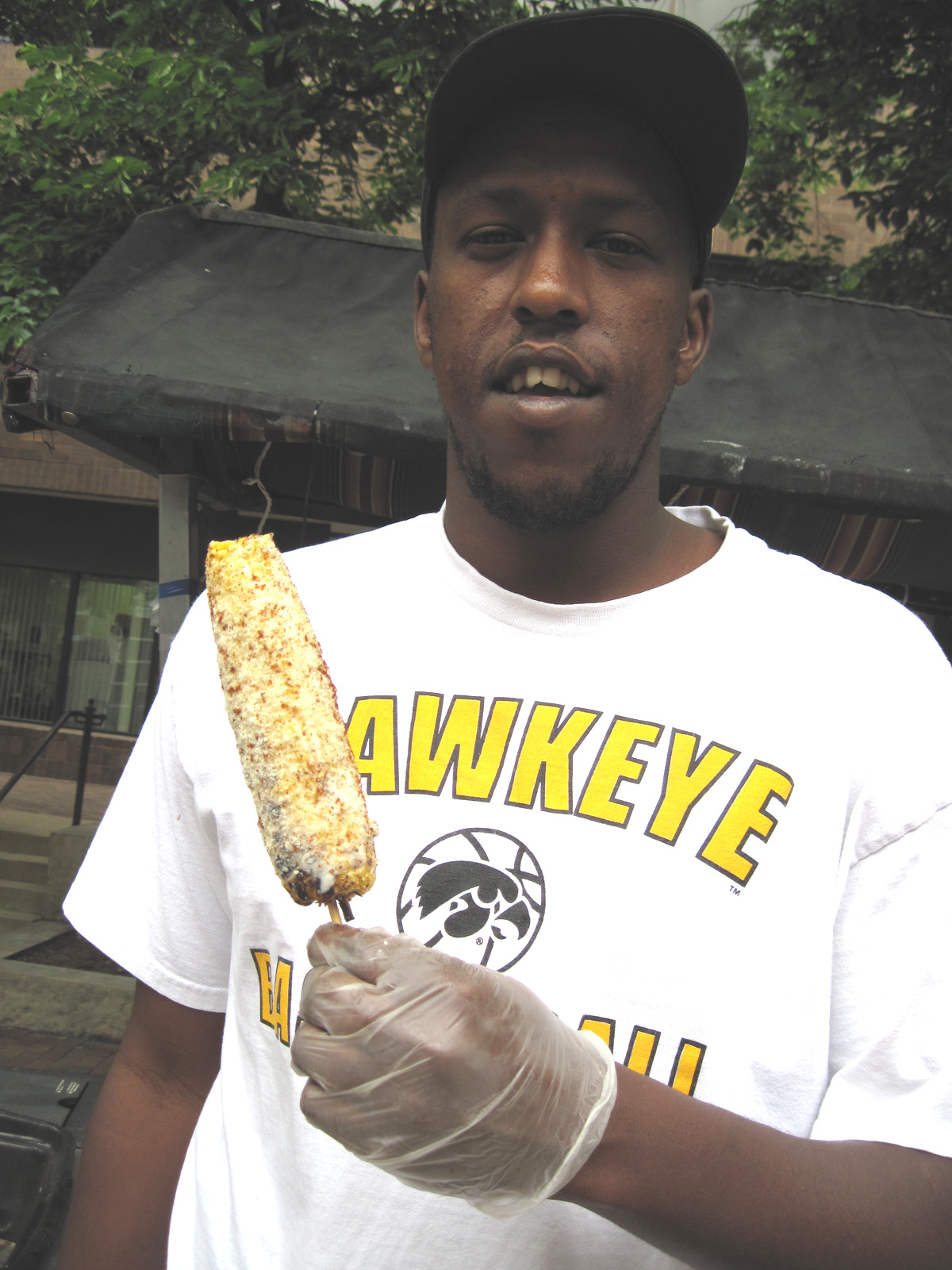 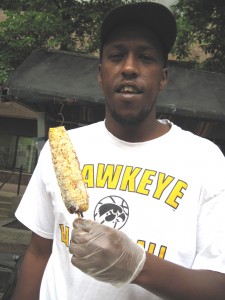 Mokotsi Rukundo was born in Swaziland, a small country inside of South Africa. When he was 10, his mother brought the family to America to seek better education opportunities. They settled in Iowa City; Mokotsi is currently a student at the Universtity of Iowa, studying entrepreneurship and business.

On a trip to New York City, Mokotsi was inspired by Mexican-style corn on the cob served at a Cuban restaurant. Mokotsi had the idea to bring the zesty corn recipe to the corn capital of America: Iowa. He came up with the name CorNroc (a palindrome) and started telling everyone he could. Eventually, he got his big break when he was allowed to sell his corn at a huge tailgate party called The Magic Bus, at the University of Iowa.

Mokotsi’s corn was a hit. People loved the grilled corn, with a butter/mayo spread, topped with Parmesan cheese and chili powder. CorNroc became iconic at football tailgating parties and Mokotsi took CorNroc to the next level, applying to the city for a food cart spot on the coveted Ped Mall, a high traffic outdoor food court, where students often hang out.

Mokotsi succeeded in getting the spot and remains excited about the future of CorNroc, hoping that people will come back for years and years to have a piece of his corn on the cob.

Mokotsi  has already begun developing a new product, an African hot sauce based on his Grandma’s recipe. He calls it Moto, which means “fire” in Swahili. Made with all natural organic ingredients, Moto is a fiery-hot wallop to your taste buds.

Mokotsi hopes to convince natural food stores to carry Moto in the near future. Mokotsi’s dreams reach beyond the CronRoc and Moto and he wants to continue growing as an entrepreneur and to leave a legacy that inspires others to greatness. Check out some highlights from our interview with Mokotsi: