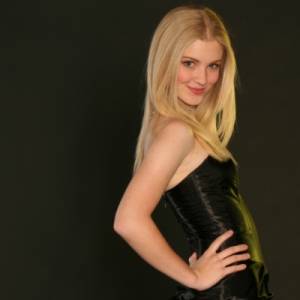 Krystyn Lambert is one of the few professional female magicians. She is also a full time student at UCLA. We sat down with Krystyn in her dorm room to discuss her unique story and her dreams for her magic career.

Krystyn first discovered magic when she was approached by a mime who made coins disappear. From then on, she was enchanted with magic and inspired to create her own tricks. Her passions  eventually led her to enroll in the Magic Castle training program in Hollywood, where she honed her craft and learned more about the art and history of magic.

As a young girl, Krystyn was involved in musical theater, a host of extra-curricular activities, and a television show called “The Lot”. However, her passion was always greatest for magic and she has dedicated herself to making that passion into a career.

Krysytn’s dreams have led her to perform in many different magic competitions and television programs. In 2007, she was named best teen magician on Fox’s World Magic Awards. Later, she was on another Fox program called Masters of Illusion. After she graduates, she plans on expanding to a large-scale stage show and traveling the world.

Krystyn’s advice for people thinking of chasing a dream: surround yourself by people that will support you and learn everything you can about your passion, whatever it may be.

Check out some clips from our interview with Krystyn: