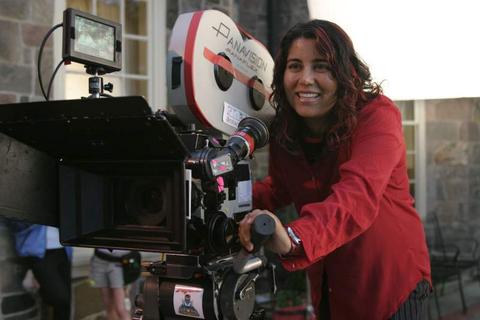 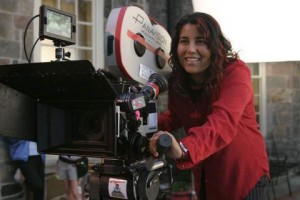 Nisha Ganatra’s first feature film was “Chutney Popcorn”,  which she wrote, directed and acted in. The film was a huge success on the film festival circuit, celebrated by critics and audience alike.  Nisha went on to work on The Real World, Cosmopolitan, Cake (with Heather Graham), and she is currently working on a highly anticipated new ITVS project called Future States.

Growing up, Nisha didn’t know she wanted to be a filmmaker. However, during college, she found herself sneaking into film classes and falling in love with acting. She decided to go to film school at NYU, where she studied with Spike Lee, Martin Scorsese, and Barbara Kopple, among others. Film school challenged Nisha and there was a time when she thought she might not be allowed to continue studying there. She decided she wanted to use her remaining time to to make a short film she was really passionate about called “Junky Punky Girlz”. The film ended up winning the favor of the faculty,  earned her a scholarship to continue studying at NYU, and gave her the confidence to make her first feature film, Chutney Popcorn.

Nisha’s newest project, Futurestates on ITVS, explores an American future where the country is divided into two political extremes. In this future, conservative parents now genetically modify their children while they are in vitro, and with the discovery of the “Gay Gene,” selecting against homosexuality has become the popular norm. Here, we find Sasha, an expecting mother who discovers her unborn child has tested positive for the “Gay Gene.” She and her husband conflict over the fate of their child, and their future together. Watch the series here: http://futurestates.tv/ and make sure to check out our interview with Nisha below: